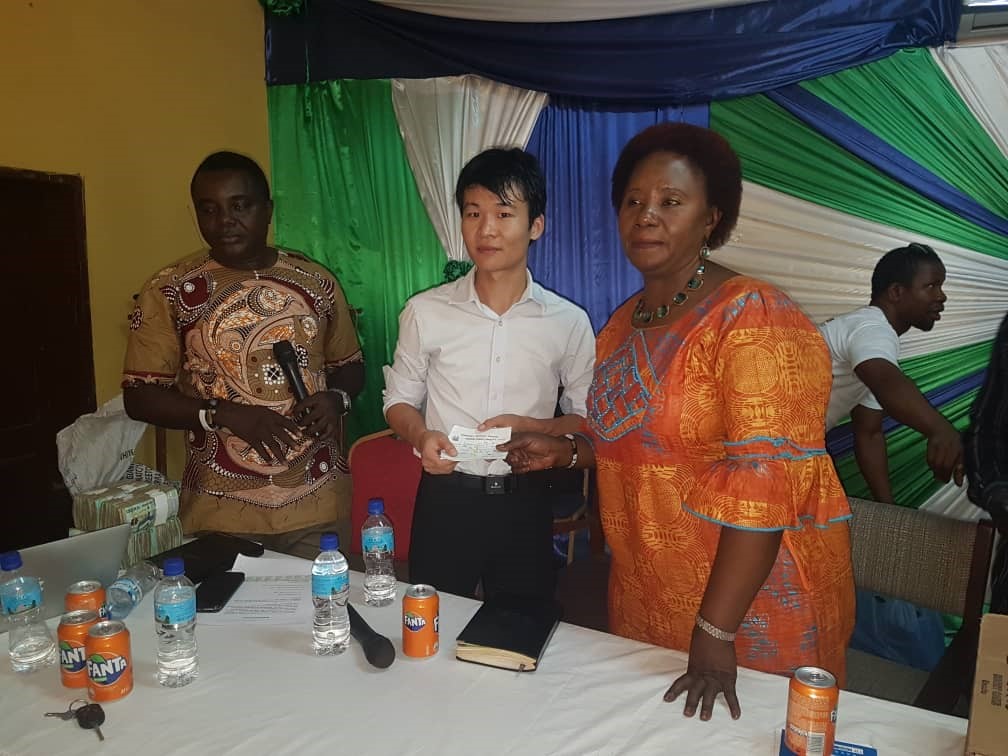 Kingho Mining Company on Thursday 20th February 2020 paid its annual surface rent to landowners of Simiria, Dansogoia and Sambaia Chiefdoms at a well attended meeting at the Tonkolili District Council Hall, in Magburaka.

The Chief Administrator of Tonkolili District council, Mr Sahr Yambasu, call the meeting to order and welcomed all the stakeholders including civil society representatives, members of parliament, landowners and Paramount Chiefs from the three chiefdoms.

The District Council Chairperson, Madam Yabom Sesay who doubles as the Chairperson of the meeting joined the CA in welcoming the stakeholders and representatives. She commended Kingho for fulfilling the government requirement and thanked the government for issuing the mining license to the company.

Senior Assistant secretary Mr Foday Sesay, who represented the ministry of Mines, carefully explained the purpose of the meeting and role played by the Minister of Mines, Hon Foday Rado Yokie, to kick start the Tonkolili Mines. He further noted that the surface rent payment is a requirement that is fulfilled by the Company following the grant of its large scale mining licence by the government of Sierra Leone.

The Paramount chiefs and other stakeholders from the three chiefdoms expressed appreciation and thanks to the government for giving License to Kingho which has demonstrates integrity and credibility in so far its preliminary engagement with the communities. They also thanked Kingho mining company for fulfilling their commitment and bringing job opportunities to their communities.

The Member of Parliament for constituency 55, Hon. Rose Marie Bangura called on the company to consider the young people of the mining host communities as priority for employment. She also called on the chiefdom stakeholders and landowners to make good use of the monies paid.

Mr Henry Kamara, from the community department of the National Minerals Agency (NMA) advised landowners to be committed to the agreement and ensure the company enjoys peace and quiet in the use of the land. He further disclosed how surface rent is shared among stakeholders, where by landowners receive 50% of the total money paid by companies, Paramount Chiefs of mining Chiefdoms receive 15%, the Chiefdom Administration 10%, the District Council 15% and the Constituency 10%.

He said the government did this because it wants some of the money to be used for developmental programs within mining host communities.

Kingho mining company representative, Mr. Mohamed S. Daffae asked for prayers for the People of China against the Corona virus. He disclosed that Kingho will be committed to all its social and corporate agreements and will work to promote the interest of all parties in a win win situation.

As a responsible company, we are not only obliged by our legal agreements as enshrined in the mines and minerals act but will also ensure we share the prosperity of the government and people of Sierra Leone, Daffae added.

Mr. Michael, also representing Kingho Company reiterated the Company’s commitment to working in accordance with the agreements signed with the government and express the challenges the company is facing as a result of the desease in China. He however noted that the disease has only slowed the processes but remarked that the mining will start within the shortest possible time.