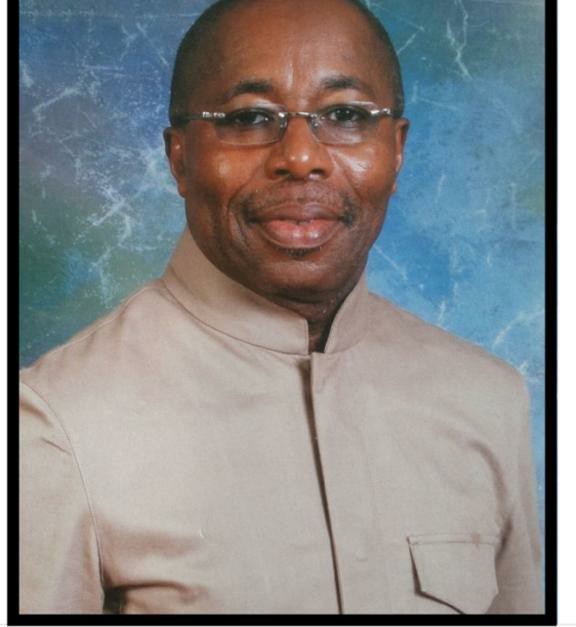 By every indication, it appears RDC Ghana, the company that signed an MOU with the Sierra Leone Government for the procurement of 200 Golden Dragon Buses in August, 2018, who, having failed to live to live up to that MOU, metamorphosed through the help of some top officials within the SLPP Government to become a sub-contractor in the 50 school buses project, now seem to have dug its own grave following  a lawsuit it filed at the Fast Track Commercial Court against the substantive contractor of the 50 City School Buses, Alie Abess Transport & General Enterprises over what it says was a balance payment totaling  USD$ 1, 876, 831,48 ( one million eight hundred and seventy six thousand, eight hundred and thirty one United States Dollars and forty eight cent)  the substantive contractor owed to RDC which has now clearly turned out to implicate  itself.  (Photo: Krubo Edusei – Self-styled CEO OF RDC Ghana)

Having surreptitiously through the help of some top officials in the SLPP Government, metamorphosed from an MOU of 200 buses to becoming a sub-contractor in the 50 buses, RDC Ghana now seems to have shot itself on the foot as court documents it filed clearly show that it had no financial stake in the entire 50 buses project.

According to RDC in the said lawsuit, the contractor, Alie Abess, allegedly owe the above sum which represent a 70% percent payment from the said contract and therefore demands that he pays the remaining 70% which in fact has now turned out to be completely false as the Chinese company Golden Dragon states a balance payment in a letter addressed to the Minister of Transport and Aviation dated 18th October, 2019  of USD $ 1,137,820.

According to the Purchase and Supply Agreement it signed with the substantive contractor, RDC Ghana, who had earlier posed as the agent/dealer of Golden Dragon, the manufacturer of the 50 buses, before the company refuted that in a letter dated 18th October, 2019, was supposed to pre-finance the procurement and supply of the said buses.

But judging from the documents filed in its Amended Originating Summons also, it is crystal clear that RDC Ghana played no financial role in the contract for which it is claiming payment of that magnitude. Even the 30% payment made to Golden Dragon by RDC was money paid to them by the Substantive contractor.

So for RDC to demand a 70% payment  from the contractor after it had clearly breached the Purchase and Supply Agreement it had with him and after it had also instructed the substantive contractor to make direct payment to the manufacturer is what baffles many.

This according to many as finely puts in our local dialect, is a clear case of ‘John Pamine Troway na John Res’ or better still, a case of ‘’Monkey woke baboon eat’’ in which RDC Ghana, knowing full well that it had no financial stake in the said contract after it had demonstrated stark inability to pre-finance the procurement and supply of the 50 buses as a supposed sub-contractor and dealer/ agent of the manufacturer as per the Purchase and Supply Agreement it signed with the contractor and also knowing full well that it had instructed the contractor to make direct payment to the manufacturer, now still wants to be paid for doing nothing absolutely.

A close look at documents in RDC’s amended originating summons clearly shows a discrepancy of over one million dollars in the cost of the 50 buses.

While RDC, according to court documents, is claiming a total contract cost of 3.5 million dollars, the manufacturer, Golden Dragon, on the other hand states an amount far less than what RDC is claiming.

So what the over one million dollars variance is meant for is what this medium intends to uncover as the matter unfolds at the Fast Track Commercial Court.

The documents below from RDC’s Amended Originating Summons clearly show how RDC Ghana dug its own grave.