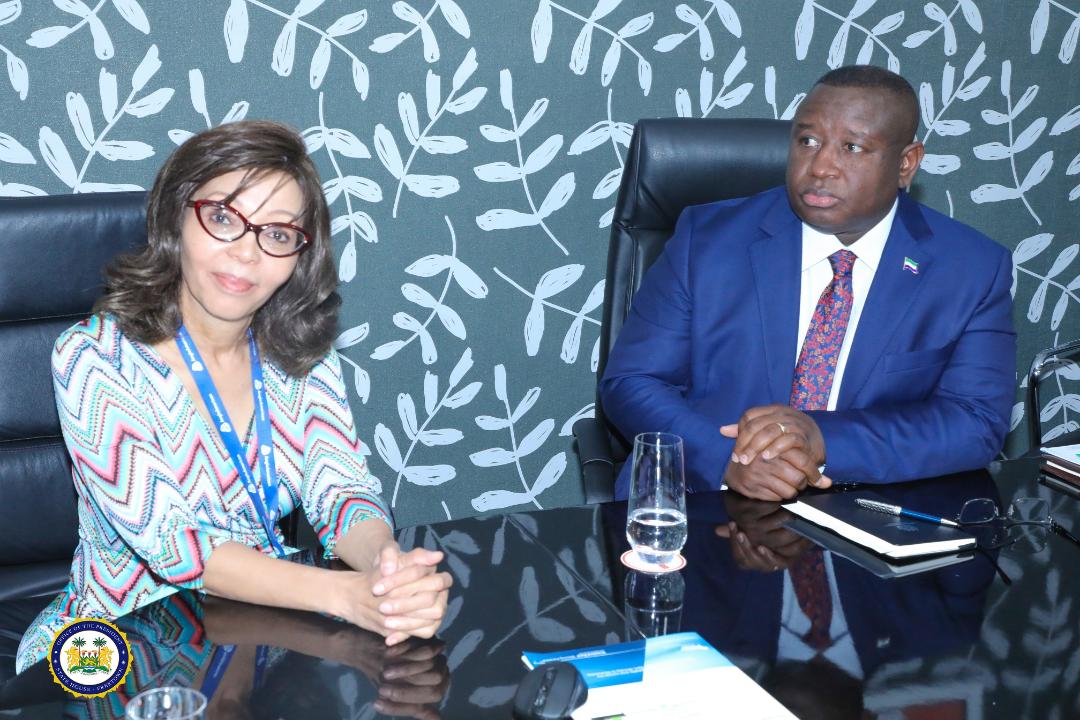 In the company of Minister of Mines and Minerals Resources, Foday Rado Yokie and Director-General of National Minerals Agency, Julius Mattai, the President referenced the many mentions of technology in mining and disclosed that he had already set up a Directorate of Science Technology and Innovation in his office to support a research-based approach to governance.

“Now, all decisions we make as a government are informed by data and we are very deliberate. We are just nearly two years into office and we don’t want to start off on the wrong footing. First we need to know what we have, the business around it and before we sell,” he said, in reference to his plans to sustainably manage Sierra Leone’s minerals wealth to benefit its citizens and support the government’s free quality education initiative.

He told the meeting that the country, rich in minerals deposit, had just completed a nationwide airborne geophysical survey with very high-resolution datasets that would eventually inform government’s strategic plans for the mines and extractives industry.

“We want to have a sovereign wealth fund,” which is usually owned by the state to manage national savings for the purposes of investment, “to finance our long term flagship projects around human capital development,” he said. He also noted that he valued the conversation they had because it would help his government organise the mining sector.

Bridgette Motsepe Radebe, a South African businesswoman and Ambassador of Economic Development and Entrepreneurship, told President Bio that there was money to invest in Sierra Leone.

“As soon as we have done exploration, identified where the ore body is, we start building the mines then we go to the banks. There is a lot of money that you can get from the banks as long as your ore body is good, the resource analysis is good and your financial models speak to what the funder wants to see.

“You are a very rich country. If you look at your minerals, based on the audit of the resources and reserves by your National Minerals Agency, reflecting your balance sheet, you already have a collateral,” she said adding that they were very experienced to create a committee of various skills to support the proper implementation of the country’s strategic minerals.

“Your ownership model must also be indigenised. We need to see how much stake you own as a country. I can’t come to a country with 10% ownership. Your people must own more. Also as chairperson of the South Africa-Russian business forum in BRICS, I will speak to my counterparts,” she stated.

The meeting was a result of President Bio’s keynote address at the world’s largest mining investment event taking place in South Africa, where he emphasised the need for trustworthy mining partners.