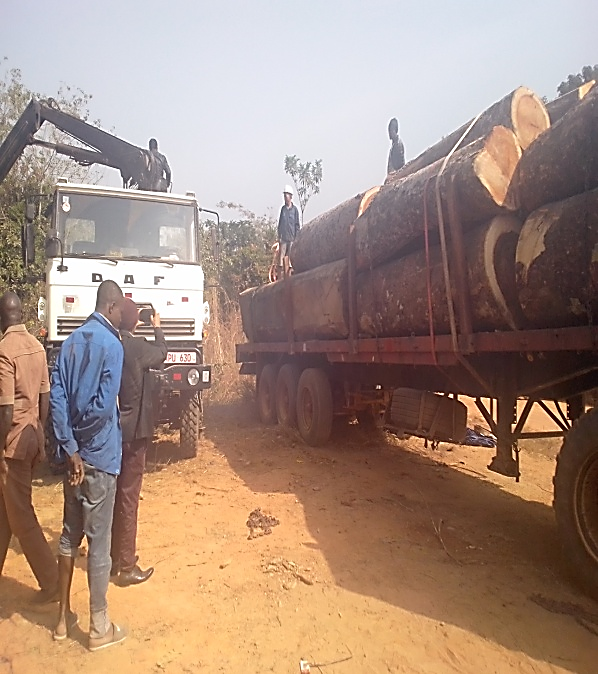 According to some members of the civil society who were on the scene, the Chief Executive Officer (CEO) for Satee Max Enterprises, located at 5 Noah Street, Goderich in Freetown, Edmond Lavallie, is working in connivance with some Chinese people to illegally export timber.

It could be recalled that the Government of Sierra Leone has earlier issued out a press release, banning timber exportation from the country until further notice.

Many people are wondering as to who give Mr. Lavallie the temerity to connive with foreigners with the aim to illegally exported our timber while the ban is still enforced.

According to investigation, the loaded timber trucks took off from Tongo Field in Kenema Town, heading for Waterloo where the company’s warehouse and administrative offices located. Residents in that community and members of civil society are calling on the Anti Corruption Commission (ACC) to investigate Mr. Edmond Lavallie and compatriots for flouting Government regulation. Contacting Mr. Edmond Lavallie to clear allegation but his cell phone was switched off. We shall have him in our subsequent editions.