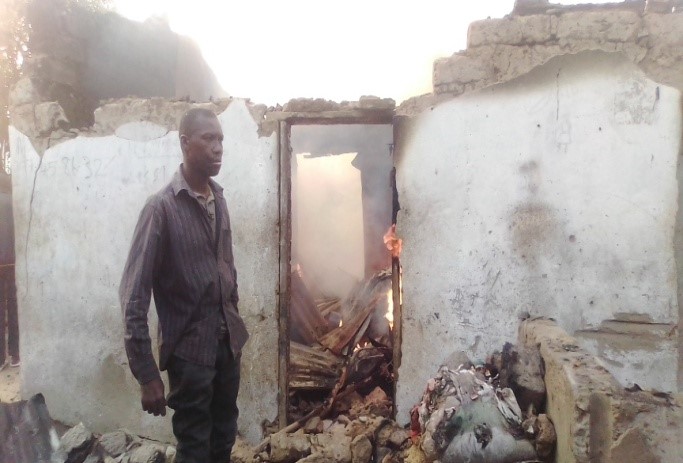 On Tuesday 7th January 2020, at around 6:00am, the local chief at Charles Street in Waterloo, Western Rural District, Pa Alimamy Bangura has expressed deep sympathy to fire victims who  lost properties worth millions of Leones.

According to the Local Chief, the district council and other government officials did not recognized community authorities’ presence and stressed those local laws must be effectively implemented especially on fire prevention and control for national development.

He described the fire disaster at Wisemon Street as mysterious as nobody was able to produce or give a number for the Rokel Fire Force Branch to respond promptly. He said everything was burnt down because there was no way people could communicate to fire fighters.

He appealed to WARD C, Fire Force and other concerned authorities to always collaborate with local authorities and support them with all necessary information, especially with regards emergency contacts line for future disasters. In her revelation, the most affected victim, Madam Isha Kamara said she was boiling water in the early hours of Tuesday when she saw smoke coming out from the next door. She noted that the house was built with kitchen and toilet facility and that most of the time other people do not use the kitchen for cooking but their corridors which according to her she had never done such thing.

Madam Isha went further to disclose that the fire incident was unexplained and that she had to cry loud for close neighbours to help put the fire under control but it was too late or rather unfortunate as the fire had already taken over the whole house.

She said the fire incident has destroyed property worth millions of Leones but she expressed appreciation for their lives and commended community youths for their relentless effort to protect other surrounding houses from being affected.