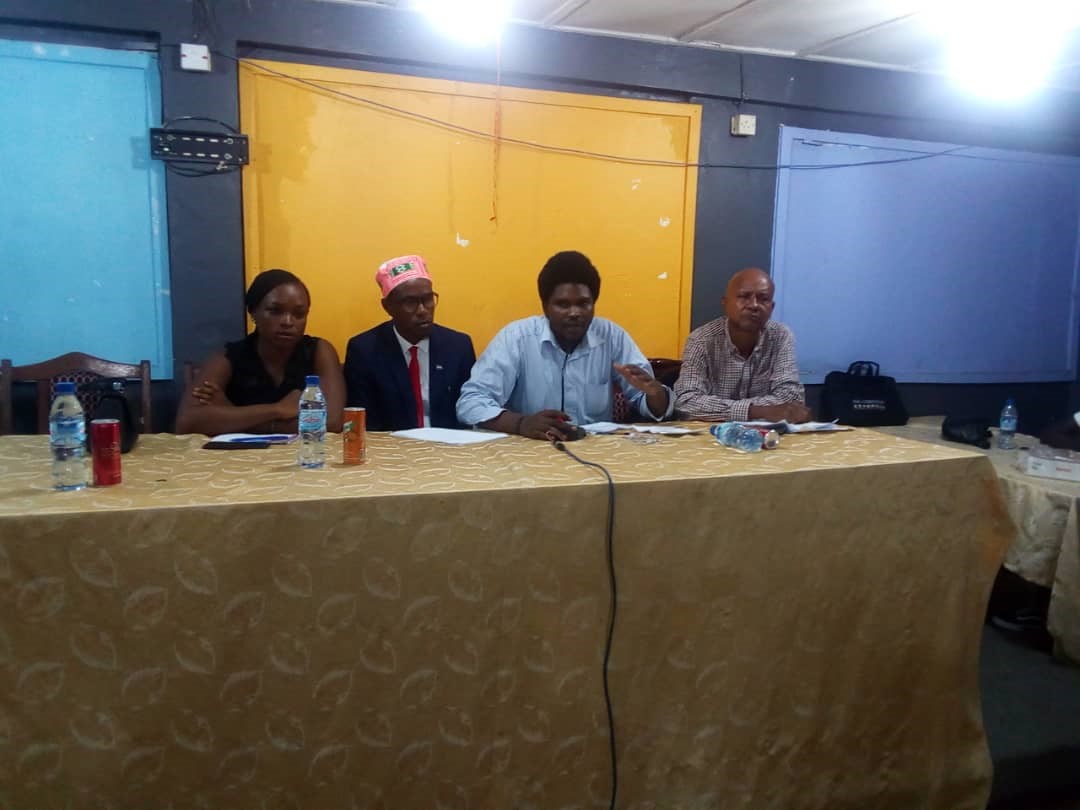 The NFYL has in no uncertain terms, disowned the duo and calls for due processes to be followed in the Fullah Youth Leadership.

In his keynote statement, the Chairman of NYFL, Silvin Bah, stated that as a movement, which was formed in June 2019 for the general welfare of all Fullahs in Sierra Leone, they were not pleased with the appointments of the National and Western Area Fullah Youth Leaders 1and 2 made by the acting Fullah chief (tribal headman) of the Western Area, Chief Alhaji Jalloh.

The movement, which he said, comprises various Fullah Youth Groups across Sierra Leone representing the 14 districts, will not tolerate the imposition of leaders on the Fullah Youths and therefore did not recognize the Western Area Fullah Chief’s appointed leaders.

He emphasized that since the appointment of the duo, NYFL has been in constant negotiation with the chief who pleaded that the former and latter’s appointment being restricted to the Western Area only. He furthered that the chief agreed in one of the meetings with them that he will declare the National Fullah Youth Leader Position Vacant so as to allow due process to be followed but till date, the chief has refused to do what he had promised.

He ascertained that the chief’s decision should be revisited because he lacks the authority to appoint a national Fullah youths leader while he is only acting as Western Area Fullah Tribal Head.

He reiterates that NYFL does not recognize the selection of Chernor Issa Jalloh and Chernor Pottal Bah as National Fullah youth leaders respectively and therefore called on concerned authorities to do the needful and allow democracy to rein.

Chernor A.S Bah,  the Secretary for NYFL in responding to questions from media practitioners stated that as a Fullah group they have the rights to question the decision of the Chief and that his decision should be revisited as we are now leaving in the modern and educative world and that the Fullah people deserved better representatives.

Another member of NYFL, Umu Hawa Jalloh opined that there is also the need for an independent intermediary team to provide the platform for the views of all and sundry to be heard whilst making a decision.

The Chairman of NYFL ended the press conference by saying that they have resolved to explore all means within the law if their positions are not met within 21 days.