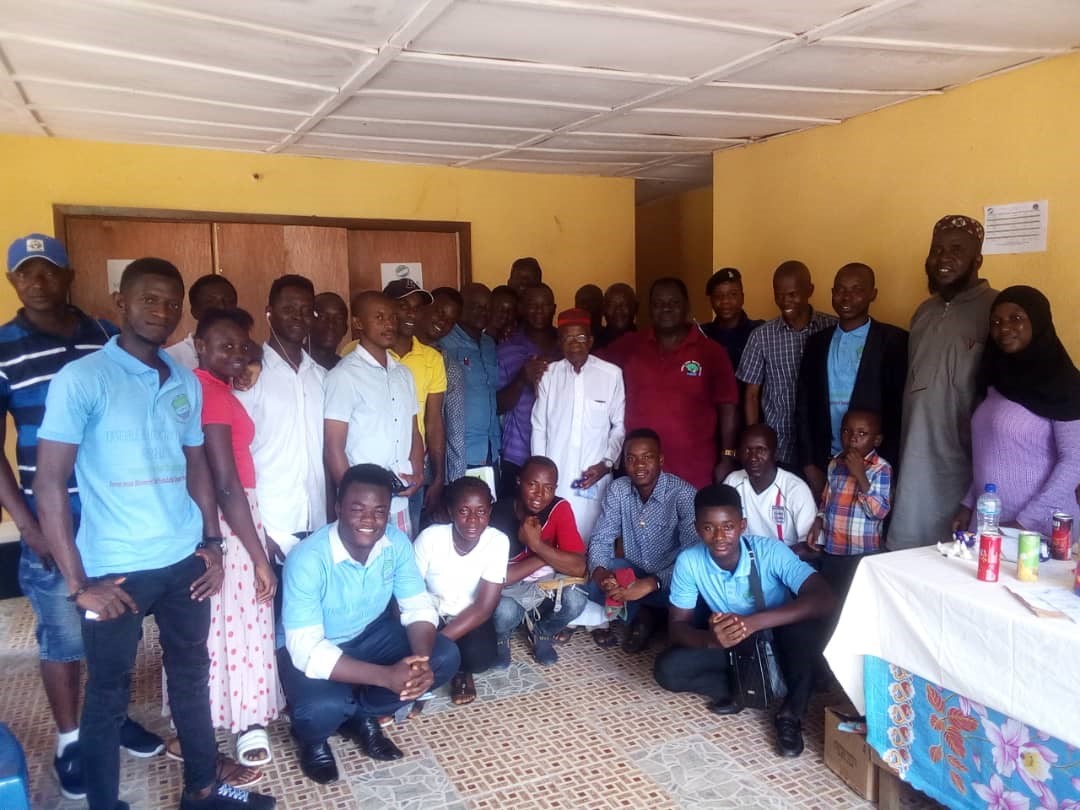 In his opening remarks as chairman of the occasion, Mr. Abu Bakarr Nylendar Kargbo aka Agbawo welcomed the initiative and encouraged supposed beneficiaries to grab the opportunity adding that TAYFO SL  opened up to maintain cordial relationship with community people to structure what he described as a timely vocational training centre brought in the area.

Mr. Kargbo said he is highly impressed with TAYFO SL for considering the Kanikay community to benefit from such laudable program and advised people in the vicinity to embrace the project for national development.

Speaking on the purpose of the engagement, Admin Secretary, Madam Haja Mariama Koroma said the Management of TAYFO SL decided to organize the one day stakeholders’ engagement to officially introduce the education packages on youth empowerment among the Kanikay stakeholders.

She continued that, the engagement was just to familiarize the wide range of educational programs which the organization has designed for the benefit of hundreds of inhabitants in the Kanikay /Cline Town community respectively.

Madam Koroma said the organization was transferred to the Kanikay community because TAYFO SL has taught it wise to add value to youths across the Freetown municipality in a bid to minimize crime rate, unemployment and prostitution. She noted that over the past years, the Kanikay /Cline Town community has been highlighted as the most violent community in Freetown where youths always intended to take law into their hands instead of embarking on self-reliant skill trainings.

She therefore appealed to stakeholders and young people to embrace TAYFO SL so that women, girls and other vulnerable youth groups will be empowered in various skills.

Mr. Sesay said TAYFO SL had initially completed registration process adding that it is the main reason the organization has now been expanded as a local NGO in Sierra Leone to carry out vocational skills training, WASH facilities, and advocacy network across the country.

Director Sesay who also doubles as the Chief Innovation Officer, (CIO) TAYFO SL noted that the organization was established initially in 2004 to provide ICT trainings that will add value to affected victims of the eleven years’ brutal war.

He said, the war brought lots of adversity to the population and that one of the most affected victims are youths who form the bulk of the country’s population.

“Skills training could be acquired in some institutions but at very high cost which many parents can’t afford to pay. But since majority of the young people are coming from poor backgrounds and cannot meet their financial requirements to acquire these skills,” he said and mentioned that TAYFO SL is implementing all these skills training in a cost recovery basis to encourage  young people realizing their potentials,”.

He disclosed that TAYFO SL has also been partnering with other International Non Governmental organizations (INGOs) including the Tony Blair Foundation on Malaria campaign messages to sustain proper hygiene and sanitation in Sierra Leone.

Delivering the wide range of Service packages, the Finance Officer, TAYFO SL, Sheik Ibrahim Kanu, said he would not continue his statement without commending Director Sesay for his vision to pioneer what he described as a giant projects which geared towards providing skills training and job creation for young Sierra Leoneans through continuous advocacy.

Mr. Kanu said TAYFO SL is proud to announce the various skills training packages to the Stakeholders of Kanikay Community and beyond with experienced facilitators or trainers.

He assured the Kanikay community that all training courses will be available for morning, afternoon, evening and night with affordable fees to complement government’s effort in line with youth capacity building and job creation as the main theme for this year 2020 Fiscal Year budget.

In his statement, the Community Safety Volunteer (CSVs) Chairman, Kanikay community, Mr. Osman Tarawallie expressed appreciation to TAYFO SL for bringing such golden opportunity to their community and assured them of their utmost support at all time.