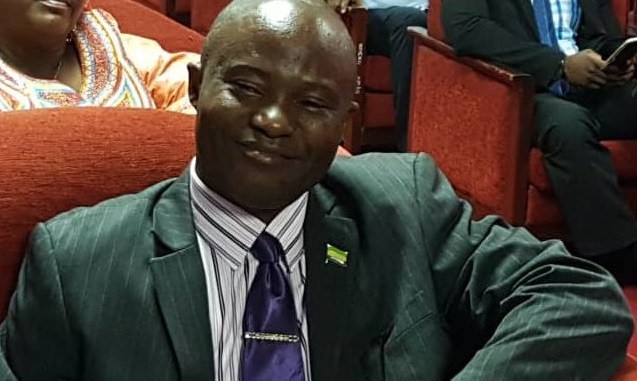 Josephine Adama Mangu, who’s happens to be Hon. Tamba Sam of blessed memory, is calling on President Julius Maada Bio and the Ministry of Lands to come to her aid as land mafias have taken his properties from her at Goderich west end of Freetown. (Be careful of Morie Saffa)

According to the aged woman, an alleged notorious land grabber by the name of Morie Saffa, working for the Ministry of Lands has surreptitiously selling Madam Mangu properties (land) to other unknown people for huge money.

Madam Mangu who is a pensioner has labored in the UK for over 30 years and returned home whilst she’s still fit and healthy to give back to Sierra Leone.

As an industrious and hardworking woman, she invested in land that she legally bought and paid for as an investment so one day, her children and grandchildren abroad, can one day leave the ‘white man’s land’, and return home and help develop their mother’s land.

This was echoed in the vision of the New Direction Government that sees President Julius Maada came to power in 2018.

Of recently, the Minister of Tourism and Cultural Affairs was in the diaspora calling and urging Sierra Leoneans to come to Sierra Leone and invest for a better country.

Sadly, some embedded rogues officials appear to be keen to derail the new direction vision, from Ministry of Lands are leading a band of hired thugs to distribute the private land of Madam Josephine Mangu.

Madam Mangu furthered said that some of these authorities from the Ministry of Lands are undermining President Bio’s plea to the diaspora in encouraging our associates to visit and invest in our native land.

“It appears that there are embedded individuals in authority bent on tarnishing the image of the Sierra Leone Peoples Party government and make it appear to be a preconceived scam to attract local and foreign investors into Sierra Leone and then unlawfully seize their land/ legally acquired properties and sell it to a network of criminals and associates.” She explains.

However, the children of Madam Josephine Margu are calling on President Julius Maada Bio and the first Lady to come to the rescue of their mother for justice to prevail.

The said land according to Josephine Mangu was about 26.7232acres, but out of her humanitarian feeling and gestures she has allocated 19acres to some of her children and traded some plots to friends and close relatives.

The remaining acres according to the owner is having stiff resistance from this Morie Saffa who is allegedly already illegally selling the land and providing fake unsigned land allocation letters as he continued to bully and intimidate the various caretakers.

Morie Saffa was also caught on Saturday in the morning hours defying the monthly cleaning Saturday heading to Madam Josephine’s the land with thugs giving all sorts of threatening remarks whiles he demarcates portions of the lands to unknown people for sale saying it’s a government land.

Madam Josephine has times without number openly challenged Morie Saffa that she acquired the land legitimately with all documents in her possession for children and great grandchildren, but the defiant and haughtiness Morie Saffa continued to prevail on the hapless woman.

The helpless pensioner, Josephine Mangu has been a regular visitor at the Ministry of Lands and the Adonkia Police station and the Lumley Police Station.

However, there has been little or no movement to halt this premeditated injustice as Morie Saffa continued to pervert justice with impunity.

Residents of Goderich are calling on the government under the esteemed watch of H.E President Julius Maada Bio to act swiftly to give to Madam Josephine Mangu in order to put the matter to rest and restore tranquility to the residents of Adonkia.