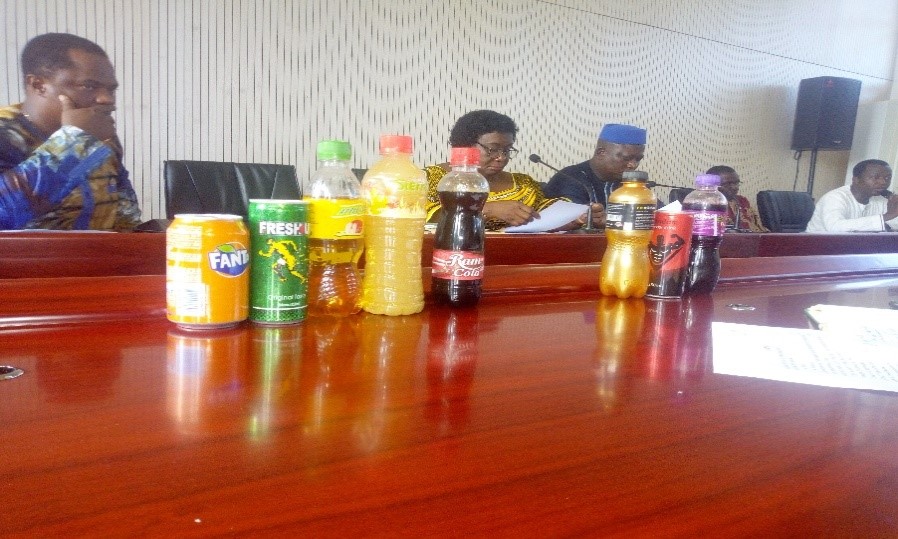 The Clerk of the Committee outlined the supervisory role, as well as the policy guidance, being dispensed by the ministry. He stated that the Ministry of Trade and Industry is mandated to protect the rights of consumers, and facilitates the ease of doing business in Sierra Leone. He noted that the ministry is supervising ‘several government agencies and departments, which include but not limited to the following, the Corporate Affairs Commission, SLIPA, Sierra Leone Produce Marketing Board, and the Petroleum Regulatory Agency.’

Hon. Veronica Kadie Sesay, chairing the Trade Committee, recently in the House of Parliament, warning MPs sternly, said, “We cannot go back to change the beginning, but you can change the ending. A word to the wise is sufficient. I want you to grow; I want you to succeed,” speaking to the MTI heads.

An MP bemoaned the sale of expired drinks in the country. “Expired products coming from neighboring countries, some of these drinks, which are harmful to human consumption are here, taking into consideration we have the NRA and the Standards Bureau. These drinks are taken from other countries to Sierra Leone, making it difficult for people to do business locally. Some of them have already expired. They need to inspect the expiry dates,” said Hon. Abdul Karim Kamara.

He said: “That is why this committee is saying it is not just a matter of goods competing with our local products. It is one of the reasons why our forex is going up.” The MP told parliament that there are lots of community markets such as the Bamoi Lomos sprawling across the country where these products or expired drinks are being traded.

“I want you, if there is an award; let them say, ‘your ministry is the best. That means there is feather on us.’ That means they are working together, so please, let us change the end,” Sesay pleaded. “You have to try to harmonize with other MDAs,” said Hon. Sesay, who also doubles as the Female Caucus in Sierra Leone.

The Minister, Dr. Edward H. Sandy maintained that the ministry ‘understands the important role the committee is playing. The issues that the erstwhile government left behind that we met are huge and challenging.’

Minister of Trade and Industry, Dr. Edward H. Sandy thanked the committee for inviting him since he has just arrived from another cabinet posting. He stated he would be looking to appoint a focal person to liaise between the ministry and parliament.

The Minister said there are pressing issues that the ministry is grappling with. The ministry official pointed out that Sierra Leone cannot produce as a country because competitively we have fallen behind others and low in the ladder.

“The ministry is looking forward for a review,” Sandy said. “And I am going to work closely with this committee.”

“The Minister of Trade, said, “We are not supposed to be stopping them [products from outside]. We are also getting taxes from them. We are going to find a middle way. We want to just ensure the quality and standard infrastructures alongside the regulatory regime. The best way to have comparative trade is to have trade statistics. Our challenges at the ministry are quite huge. We still don’t have the required workforce. We do not have a director for Foreign Trade. Funding is also another problem,” said the Minister.

Hon. Dr, Mahmoud Mark Kaloko said, the ‘Player is also the referee in the board for which the minister has allayed our fears.”