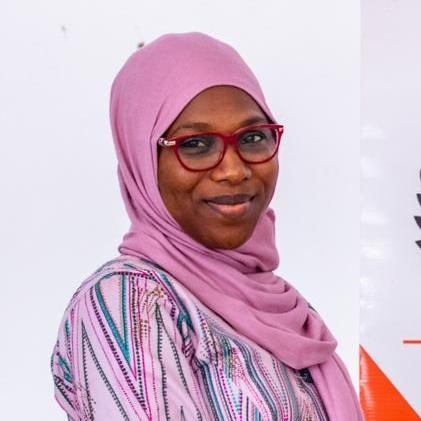 Ministry of Trade and Industry face the Committee on Trade in Parliament on the 11th October 2019 at the administrative building, a letter sent to Parliament from the Anti Corruption Commission ACC, causing an alleged case of corruption that Mrs. Haja Isatu Kabba then Acting Executive Director Produce Monitory Board was taking to them to look in to the matter.

For ten 10 Months since the ACC is looking in to the matter they did not have the evidence against her and that they exonerate her matter, and that she should go back to her job. The ACC sent the letter to Parliament because the issue was looked at in Parliament, which caused the President of the Female Cucus Hon. Veronica Sesay was abused by the Dr. James Vibee who was appointed as the Executive Director by President Maada Bio. Hon. Veronica Kadie Sesay she stated, that why she and are Member called on the ministry for them to look at the activities and the way forward so that Mrs. Haja Isatu Kabba she go back to her work through the letter that was sent to Parliament, that Mrs. Kabba should be subjected to administrative action.

Hon Abdul Karim Kamara said they were angry the arrogance way that Dr. James Vibee behaved in the well some Months ago now that the issue as be looked upon by the ACC, he called on the Minister to put foot on the matter so Mrs. Kabba should go back to her office she has surfer a lot to see that the Produce Monitory Board work to compliment the activating of government, she should pay her 10 Months salary.

The Minister of Trade Dr. Edward H. Sandy, said he knew that matter when he was at Fishery before he sent to the Trade as the Minister and Political head he will try to set up a meeting to look at the matter, Dr. Sandy maintained that he is a close friend with Dr. James Vibee and Mrs. Kabba also is a wife of a friend has work so hard to see the board grow like a baby since Dr. Vibee his appointed by the President Bio, and he is going to look at the issue carefully  the ACC as done with their investigation and that Madam Kabba is innocent of the alleged case he is going to meet to the advised of the letter and the Committee.