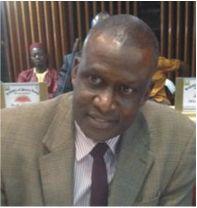 Port Loko, November 18 (SLENA) -During the debate on the 2016 budget tabled in Parliament, the APC Member of Parliament, Constituency 049, Port Loko District, Alhaji Seray Dumbuya, in his contribution earlier this week, articulated that the economic and financial policies in the speech delivered by the Finance Minister on Friday 6th November 2015 is a structural adjustment budget, strategically outlining the way forward to restore the country’s economic glory after the Ebola outbreak.  (Photo: Hon. Alhaji Seray Dumbuya)

Alhaji Seray Dumbuya said the Finance Minister informed Parliament about the need to reinvent the wheel that would propel the country’s economy to its former status as one of the fastest growing in the world in spite of the challenges that can only be overcome with resilience, hard work and faith in God.

He further stated that Government’s efforts to advance the country should not go in vein as Government is transparent and accountable, evidenced by the recent Auditor General’s Report to Parliament on the Ebola funds.

According to Alhaji Seray Dumbuya, the Finance Minister highlighted the effects of the outbreak on the economy but noted that in spite of the challenges, Government did not reduce financial allocations to Ministries, Departments and Agencies (MDAs) and called on his colleagues to mobilize to ensure financial, economic, political and social stability in developing the country.