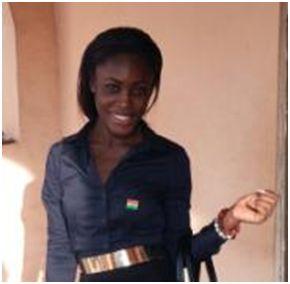 Drugs are being known as any substances which changes ones behavior after its usage being it licit or illicit. In Ghana the drug peril has submerged several prospective as Ghana poses as the transits/storage point for cocaine. The mass cultivation of cannabis for processing, export and local consumptions has contributed greatly towards the extensive abuse of hard drugs at street level in Ghana. This has caused government to develop pragmatic measures to salvage the situation as well as the image of the country.

Drug control policies and accompanying enforcement practices often entrench and aggravate the systematic discrimination against people who use drugs and impede access to controlled essential medicines for those who need them for therapeutic purposes. In an attempt by government to control drugs using other measures, there are times these efforts results in serious human rights abuses such as mass incarceration, extrajudicial killings, arbitrary detention and ill treatment by the police. Some local communities faces severe human right abuses as a result of campaigning against the eradication of illicit crops which are grown and harvested within their community which results in environmental damage , displacements and damage to health through frequent chemical spraying. In West Africa and around the world, ‘the war on drugs’ has proved futile and the severe sanctions meted out to people have yielded no results. The use of drugs such as marijuana (weed) and cocaine in West Africa continues to increase day by day as West Africa is now the leading hub and transit of drugs to other continents such as Europe and Asia. The insecurity we face in Africa and other continents is based on the lack of proper approach in tackling drug related issues and solving the high rate of drug addictions in Africa has taken a new dimension that threatens the security, governance and development of many countries in the African region. The law policies we have in Africa especially Ghana my country of origin consist of more punishment that solutions. We criminalize and discriminate drug users and punishing them by a jail term of not less than five years. The HIV epidemic is fuelled by the criminalization of people who use drug. An estimated 11-21 million people inject drugs worldwide, with HIV infection rates amongst this group as high as 30% to 37% in Russia, 40% to 43% in Indonesia with about 30% HIV infections outside of sub-Saharan Africa and up to 80% of infections in Eastern Europe and central Asia and no records so far in West Africa. The Global “war on drugs” has been fought for 50 years without a preventing the long-term trend of increasing drug supply and use. The UN office on Drugs and crime (UNODC) has identified many serious “unintended negative consequences” of the war on drugs which includes the widespread human rights abuses. The catalogues of Human rights abuses are almost unending and without exception, infringe individual human rights even within countries that pride themselves on the respect for the rule of law. Ghana, the policies adopted to deal with the country’s drug problem have been mainly prohibitive and punitive in nature. The Narcotic Drugs (Control, Enforcement and Sanctions) Act, 1990 (PNDCL 236) consolidates all the laws relating to illicit dealing in narcotic drugs and provides for provisions that will prevent illicit narcotic drug dealers from benefiting from their crimes. The Act established a Narcotics Control Board with oversight responsibilities of collating and disseminating information on narcotic drugs and psychotropic substances among others. The drug situation in Ghana includes the production, use and trafficking of narcotic drugs such as heroin, cocaine and marijuana as well as the use of psychotropic substances. Since the dawn of independence has mapped out strategies to combat illicit usage, abuse and trafficking of narcotics drugs such as cocaine, heroin and marijuana. The law policies we have in Africa especially Ghana consist of more punishment than solutions.

THE ROAD MAP TO UNGASS

The UN general assembly special section which would be held in New York next year is dedicated to the issues on drug policy in the world. The general assembly which is the highest policy making and representative organ of the united nations and its frequent special section focus on pertinent topic at the request of member state with open debate about the international drug control system. This is important to opportunity to properly assess the success and failures of global drug policies that have been implemented over the past 50 years. This dialogue is sorely needed-which is why the president for Colombia, Guatemala and Mexico called for the UNGASS 2016 rather than 2019 as originally planned.

We in West Africa need to synthesize our policy makers about finding alternative means of punishing addicts or users instead of incarcerating them, criminalizing them as well as abusing their fundamental human rights. Addiction is not a crime but like a disease which requires critical medical care and attention. Drugs have harmed many; but bad policies have harmed many more (Kofi Annan). We need to fight for the right policies and the need for our policy makers who will be representing us at UNGASS to debate and talk about effective measures that will help curb addiction and drug usage in the world especially West Africa.

By: Juana Akuamoah Boateng (in photo)