Press Release – Committee for the release of Dr. David Tam-Baryoh 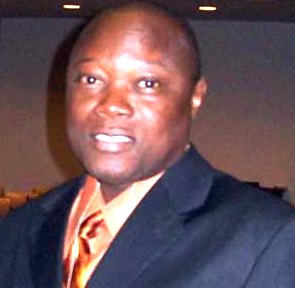 Press Release – Committee for the release of Dr. David Tam-Baryoh

On November 3rd 2014, Dr. David Tam-Baryoh was arrested pursuant to an “Executive Detention Order”, and detained at the Criminal Investigations Department and thereafter at the Male Correctional Centre at Pademba Road in Freetown. Shortly after Dr. Tam-Baryoh’s arrest and detention, he instructed his lawyers, Melron Nicol-Wilson Esq., and Emmanuel Saffa Abdulai Esq, to pursue an amicable means of securing his release in view of his health condition and the unavoidable delays within the Criminal Justice System.

In accordance with the instructions, a Committee consisting of highly respected members of the Sierra Leone Community was put together to complement the efforts of his Legal Representatives.

The Committee notes the Press Release from the Office of the Attorney General dated the 7thn of November 2014, containing the reasons for the arrest and detention of Dr. Tam-Baryoh.

The Committee also notes the Press Release from the Sierra Leone Association of Journalists (SLAJ) and various Human Rights Groups, calling for the release of Dr. Tam-Baryoh on compassionate medical ground, among others.

The Committee has met with Dr. Tam-Baryoh, and he confirmed that he was not physically assaulted during his arrest and detention as stated by a Newspaper in the United Kingdom and that he is aware that he was not arrested for any comment related to the handling of the Ebola crisis in Sierra Leone as was alleged by some media outlets.

The Committee notes the concerns of Dr. Tam-Baryoh relating to his safety while in detention and even though the Prison Authorities have given assurances that such concerns have been addressed, yet the fear for his safety might likely be the reason for his fluctuating blood pressure.

The Committee has met with His Excellency the President of the Republic of Sierra Leone and has taken into consideration his concerns for the stability and unity of Sierra Leone as well as compliance with the Laws of the country by all irrespective of Social and Economic status, especially during the present Public Emergency.

The Committee appealed to His Excellency for his magnanimity to release Dr. Tam-Baryoh in view of his fragile Medical condition.

The Committee is therefore appealing to member of the general public to support its initiative during this period that Sierra Leone is struggling to combat the spread of the deadly Ebola Virus Disease.

The King Can Do No Wrong