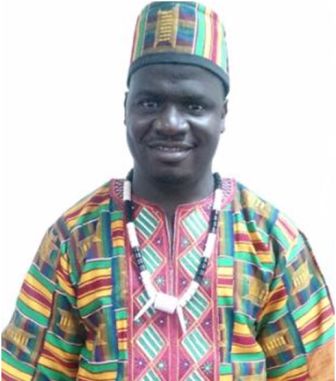 As a way of showing love and patriotic leadership for his community people the Director-General of the National Petroleum Directorate, Mr. Raymond Kargbo, over the weekend donated items worth millions of leones to the people of Kamakwie to help prevent the town in the fight against Ebola. The true son of the soil during his visit donated one hundred (100) bags of rice, one hundred (100) hand-washing buckets, three (3) Megaphones, three (3) Thermometers, 15 cartons of hand-washing soaps, large quantity of Chlorine and a physical cash of Ten Million Leones to the Community Health Management Team (CHMT). The donation was geared towards preventing the virus from entering the entire township.

Mr. Raymond Kargbo congratulated his people for holding the fort and not allowing the virus to enter the township. He said many townships in north are currently being affected with the virus but that Kamakwie stands tall among the districts that are yet to be affected.

He maintained that although there was yet a reported Ebola case from the township, it is but very necessary for all and sundry to come together to ensure that the deadly virus is trashed out of the country.

He encouraged indigenes of the township who are now residing outside the township and stakeholders within, to join him to continue making Kamakwie an Ebola free chiefdom.

He said Kamakwie is one of the areas in the country that shares it borders with the Republic of Guinea and that it but necessary for its residents to stand firm more than ever before to prevent the disease from infiltrating them.

He advised the residents to make sure they use the donation judiciously and report any suspected case of Ebola in the chiefdom to the health personnel. He assured his continued support to the chiefdom’s health management team.

Paramount Chief and the people of the chiefdom thanked the Director for proving to be a true and caring son of the soil. They offered prayers for him and assured him of their desire to ensure that Kamakwie is kept Ebola free.

A representative from the health management team expressed his appreciation for the support given by the director general in keeping his people’s lives safe from the deadly virus.

"What’s missing in the Ebola...