Homepages
Your trusted place for Sierra Leone and global news
Trending News
HomeFeaturedWhy Should African Governments Make Proper Use of Their Talented Nationals?

Why Should African Governments Make Proper Use of Their Talented Nationals? 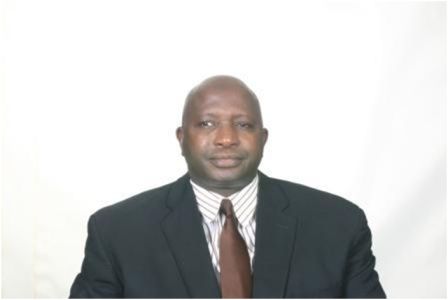 Why Should African Governments Make Proper Use of Their Talented Nationals?

There is certainly no doubt that the Brain Drain Syndrome began first as phenomenon in the developing countries some decades ago. However, it became a palpable reality in the 70’s when, experts, professionals and intellectuals began to journey to the developed world in search for a better life and more lucrative ventures in every domain and discipline.  Undoubtedly, it all came about as a result of either total lack of employment in the developing countries or employment but with meager salaries and wages. Neither case was conducive for those fortunate to have acquired some knowledge and skills sufficient enough to entitle them to a good standard of living in their home countries. For such category of people, the sole alternative they were left with was to embark on adventures in quest for greener pastures.  (Photo: Dr. Sorie Gassama)

Indeed, multitudes of such greener pastures seekers headed towards Europe and the United States; and a good number of them had their dreams come true when they were cordially embraced and were given the opportunities they were deprived of in their homelands. Nonetheless, they were not availed of that warm welcome for the sake of the color of their eyes; rather, they were accommodated into their new settings in order for them to give out whatever knowledge, expertise and skills they had arrived with or had acquired upon arrival to their host countries. In due course of time, this category of immigrants ensconced themselves in their new homes and totally abandoned the notion of going back to their countries of origin.

Another category of such immigrants, nevertheless, at some point in time decided to return to their countries of origin with an aim to impart the knowledge and the new skills they had acquired to their compatriots, thereby contributing to nation building in broader terms. However, to the gross dismay of this category, some of them were met by their home governments with lack of due appreciation for their achievements, their qualifications, expertise and skills. This category eventually either found it impossible to cope up with the new realities and returned to the countries  they had enjoyed a comfortable living in, or, because of their love for their homelands, decided to resettle in their home countries irrespective of whatever treatment or situation they may have to bear with.

Unfortunately, Africa is the continent that has borne the greater brunt of the Brain Drain Syndrome than another any other continent in the world. Wherever you go, (Europe, the United States, the Middle East and Asia) you will find Africans of all disciplines and walks of life belabouring and toiling to serve citizens of the countries of their living. Unfortunately, these unacceptable, sad and bitter realities have adversely and tremendously affected the African continent in terms of gross loss of intellectuals, skilled workers and professionals who could be more useful and instrumental in the development of their countries. Instead, they are seen and met elsewhere giving their God-given intellect and skills to where they do not belong.

Realizing how detrimental and regressing Brain Drain is to Africa, I think the African leaders ought to put in place mechanisms to discourage it by providing the highly trained and great achievers among their citizens with convenient facilities and incentives commensurate with their acquired skills, professionalism and intellectual capabilities. Availing their citizens of whatever or most of the facilities available abroad, I strong believe that the Brain Drain Syndrome will commence to dwindle, and possibly cease to exist in the long run.

Equally, every viable effort should be exerted on the part of the African leaders to encourage their citizens of high calibre and professionalism living in the Diaspora to return home so that they can effectively partake in nation building.

In the case of Sierra Leone, there are Sierra Leonean physicians, lecturers, teachers, engineers, PhD holders and many more of other careers working in the Middle East and the Gulf States. I strongly believe that such nationals can contribute greatly in nation building in a variety of functions. Thus, it is so dismal that Sierra Leone should lose such BIG MINDS. I am, therefore, of the opinion that, His Excellency President Ernest Koroma and his Government should make efforts in search for those Sierra Leone nationals with high rate of expertise, skills and potentials to return home so that our country can use their God-given minds to the maximum in the best interest of Sierra Leone.

Fortunately, as destiny would have it, we have had in Sierra Leone a leadership that is cognizant of the status and significance of his citizens in the Diaspora. Since His Excellency, President Dr. Ernest Bai Koroma ascended the helm of power in Sierra Leone in 2007, he has encouraged a good number of Sierra Leone nationals living in the Diaspora to return home. As a matter of fact, his current cabinet and previous ones included such nationals who had been living abroad and indeed had excelled in different and various functions. That, no doubt, is indicative of how profoundly and truly President Ernest Koroma is concerned about the well-being of his citizens both inside and outside Sierra Leone.

I will make it a point of duty from now on to bring to notice all those compatriots  who I believe are highly talented and can make a huge positive difference in a series of articles that I am going to write. This time around I will highlight the profile of one such talented and highly skilled Sierra Leonean.

Among such highly qualified, experienced and skilled Sierra Leoneans that President Koroma should make use of in his “Agenda for Prosperity” is one great son of Sierra Leone by the name of Dr. Sorie Gassama. Dr. Gassama hails from the strategic northern town of Kamabai in the  Bombali District.

The erudite doctor first left Sierra Leone to pursue his undergraduate studies in the then Soviets Union in the early 80’s. Upon completion of his BA and his first Master’s in linguistics, he headed to the United States where he labouriously worked so hard to earn another MA in Educational Counseling and a PhD in Educational Leadership in some of the most prestigious universities in the US.

Dr. Gassama lived in Houston, Texas, where he taught and lectured in a number of institutes and community colleges for 23 years. Besides teaching, Dr. Gassama worked in his capacity as Educational Counselor and Coordinator. During his span of continuous service in Houston, he won the awards of the Best District Instructor of the Year twice successively. He invariably was one of the best performing teachers of his district and one of the most admired for his unfailing commitment to quality delivery of his tasks.

Dr. Gassama was on a life contract in the Houston Community College until he decided to join the faculty of King Saud University, the oldest and most prestigious university in Saudi Arabia, in 2012. Dr. Gassama is working with a faculty of international professional lecturers whose performance is most remarkable. However, in so short a time, Dr. Gassama has proven his mettles and has made a huge difference. Besides his primary functions as a lecturer, he has given valuable presentations on English Language Learning (ELT) and has conducted numerous professional development training sessions which have indeed markedly improved the standard of lecturing of his co-lecturers. Here is a man who is so selfless when it comes to performing tasks; here is a man whose commitment to high standards is unparallel; and, above all, here is a man whose aspirations for the development of his home country, Sierra Leone, is beyond imagination. Additionally, for Dr. Gassama to prove himself as a very skilled and an able educator, he has published many articles and dissertations. Some of his works could be found in eric.gov. He is also working on a perceived 500 pages book titled Global Dropouts. According to Dr. Gassama, this book will showcase factors responsible for school dropouts in all geographical regions of the world, and how these can be remedied.” Education, according to Dr. Gassama, must come first on every country’s agenda. With education for all, Africa can do away with most political upheavals”. He concluded by saying that” An educated mind will always remain sound.” To buttress it, Dr. Gassama is fluent in French, Russian, Spanish, and a host of other languages. This coupled with his skills as an able educator would make him a valuable asset wherever he goes, especially if he goes back to Sierra Leone, his homeland.

In the final analysis, I am bringing Dr. Sorie Gassama and his likes to limelight for His Excellency, President Koroma and his Government to realize that there are Sierra Leoneans of high calibre, expertise and potentials living in the Diaspora whose attention should be drawn to the need of Sierra Leone for their invaluable and patriotic services.