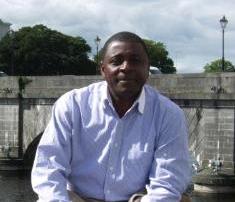 It is a shame that some groups or associations that are formed with the noble objective of promoting development and peaceful co-existence sometimes become so badly derailed that the end result is that of further under-development, with one time close brothers and sisters becoming dagger drawn enemies.  (Photo: Edward Tedson Sesay , author)

The Kono District Development Association (KDDA) in the United Kingdom was formed by the descendants of the Kono people in order to work co-operatively at finding effective solutions to the diverse problems facing the district and its people. Among some of the “beauties” of the KDDA constitution are the following: the relief of poverty, capacity building and good governance in the district, providing support, advice, information, signposting resources to Konos either residing in or transiting through the UK.

Today, whoever the architects of this constitution are, will be asking the sensitive question: “Is the KDDA (UK ) still on track in relation to the accomplishment of their grandiose dreams for the Kono people? The truth is, KDDA like many other Sierra Leonean groups in the UK is going through troubled times that have left the association frail and fragile and with an uncertain future except sanity and good feelings prevail with immediate effect.

For the longest time, the KDDA has been a badly split entity with Mr Tamba Opel Sam-Sumana being the key name in one faction and Dr Kai Ngegba being prominent in the other,  and during this period, there has been no love lost between these two brothers and their respective sympathisers.

It all started with Mr Sam-Sumana being seen as having outlived his chairmanship of KDDA and using the name and privileges of KDDA unlawfully. According to some Konos, a need was then felt to stop the rot and this was what led to Dr Kai Ngegba being appointed Interim KDDA Chair in 2010.

As the hostilities escalated, the KDDA family found itself fighting with each other in a London court over matters that could have been resolved within the family.

I am neither from Kono nor do I have roots there. You will be asking then what I was doing at a meeting on Saturday 20th. April, 2013 chaired by the Sierra Leone High Commissioner to the UK (His Excellency, Hon Eddie Turay) that was convened to broker peace between two factions of the KDDA.  I relate closely with Kono friends and happen to be very close to two who unfortunately oppose each other, have played and continue to play key roles in the conflict. Three other non Kono friends attended the meeting with me on the invitation of a Kono friend who had sent us a text saying that, though it was a meeting mainly for Konos, we were welcome to attend as observers as he believed that building Kono is part of building Sierra Leone. He said, as Sierra Leoneans, we could go away with some learning from the meeting.

The extent of the KDDA conflict struck me and my non Kono friends when on arrival outside of the venue of the meeting, one of my Kono friends (prominent in the conflict ) said he was shocked to see us. He said, “This meeting is for Konos. I hope you have not come here thinking you can come and vote (unlawfully) for the other side.  We are not having an election today.” We could see he really wanted us to leave, but I took my time to explain to him that what is happening to KDDA could be used as a learning resource by many of us who also belong to other district or regional organisations, and that we saw nothing wrong in accepting an invitation to a meeting meant to discuss development issues relating to an important part of our country such as Kono.

At the meeting, Hon Eddie Turay pointed out that Kono is the least developed district in Sierra Leone. I do not know how correct this is, but His Excellency rightly added that the time, energy, and resources that are being used by Kono people in London on litigation could be more meaningfully and sensibly used to promote Kono in line with the aims and objectives of the KDDA constitution.  Whether Hon Turay’s rating of Kono is correct or not, it should be seen by well meaning persons as a wake-up call for Konos here in the UK to realise that Kono, like many other districts in the country, cries for development and that the best persons to bring about this development are those that are today fighting and derailing development. He thus pleaded that the hostilities come to an end “today” and for the “warring” factions to take up the challenge of putting Kono first before all other personal interests.

The Deputy High Commissioner to the UK, Mr Tamba Ngegba, who himself is from the district, and attended the meeting, pleaded for much needed unity in KDDA. He said Kono has value and that everyone must do something to add to that value. He added that what is happening to KDDA is troubling.

In attendance also was Hon Torto, chairman of the Kono Parliamentary Caucus who also very strongly opposed the current trend of things in the association.  He said that there is no way a small group of people should be allowed to obstruct the progress of Kono.  He said, “There has never been a chance for Kono people.” I understood this as meaning that the Konos have never come that close to high political office in Sierra Leone as is currently the case and therefore, every united effort should be made by Kono people to make things even better. I could be wrong. He appealed to Konos from the Diaspora who visit Sierra Leone and wish to talk about Kono to see them that belong to the parliamentary caucus. He said they are not appointed officers or ministers but the true and elected representatives of the grassroots.  He said, slowly but surely, things are happening in Kono and he thanked President Ernest Bai Koroma for his effort at getting things going. He assured the audience that funding for the road to Kono has now been approved. He also said that come 2017, if he is still  alive, he will be retiring gracefully from politics. His leg was pulled by a member of high table who said, “I take note of your words and will watch out for you in 2017.”

Speaking on behalf of himself and his group, Mr Tamba Opel Sam-Sumana said, “We have passed the stage of conflict. We now want modalities for electing a new executive. Let us appoint a few people from each group to meet with the High Commission to agree the modalities of a way forward.  I will accept any decision that the group, with the support of the High Commission will come up with.”

In like fashion, Dr Ngegba and his group spoke about the need to look forward and to be open-minded and not to return to the path of conflict.

The agreed suggestion at the meeting was that the two groups will send three representatives each to the High Commission for discussions to start.  It was also agreed that the election to be conducted will be guided by the original KDDA constitution given that those opposed to the current executive are of the view that the current executive have without doubt “doctored” the original constitution.

Petty squabbling, egotism, mudslinging, name-calling, mutual mistrust, and an insatiable craving for personal aggrandisement have become common phenomena in the KDDA though these traits are not unique to KDDA.  Many other groups or associations from Sierra Leone here in the UK are plagued with these and such groups are sadly being dragged by their necks from the warm and desirable terrains of progress and development to the cold and stinking gutters of poverty and misery.

It is sad and pathetic that enlightened as many of us may appear and academically loaded as we may claim, we remain “empty” as we struggle and dismally fail to manage and sustain little groups and associations. Many of us dream of returning home to participate and contribute to nation building and promote good governance. Little however do we realise that our patriotism and leadership qualities are measured and judged by what we do or fail to do in little groups such as KDDA.

It is crucial for the development of Kono that the factions accept as an undeniable truth that fighting amongst members of the same household (brothers and sisters) is more lethal than that with strangers.  The KDDA friction in London that has culminated in litigations is ugly and far from being endearing. To the factions, my appeal is: “Stop the fighting. Enough with trying to prove a point, or who you are. Put Kono and its people first before all other selfish interests.”

I am optimistic that the issues can be resolved, but while the High Commission can only facilitate the peace process, the actual “physicians” that will cure the KDDA “virus” are those that belong to this noble association. Good intentions backed by the willingness to listen to and respect others, and the use of healthy communication amongst the stake holders will certainly move Kono forward.

Why President Koroma’s visit to th...