The Revolutionary United Front Party (RUFP) on Thursday August 23rd paid a memorial visit at the cemetery of the late leader and founder of the party, Foday Sabana Sankoh.  (Photo: RUFP at Foday Sankoh’s graveside)

The visit was carried out by a high powered delegation of party stalwarts at the late man’s hometown of Masemra Village, Mile Ninety One , 212 miles off Magburoka Chiefdom and was lead by the leader and Presidential Candidate of the Party, Eldred Collins, who performed libation ceremony at the graveside, asking for the spirit of the late man to guide the party in the forthcoming party convention and national elections.

The party members were received by a handful of villagers, including Esther Sankoh the younger sister of the late leader Foday Sankoh,  who said that her brother is consider by his fellow countrymen as a strong character who in some way contributed in injecting the sense of nationalism to the country.  She said even though there are conflicting views by many Sierra Leoneans as to whether the brother is a hero that is another question to answer.

Meanwhile, the RUFP Party and leader are currently embarking on a nationwide campaign to sell the image of the party in the Far East and South of the country canvassing votes for the November polls. 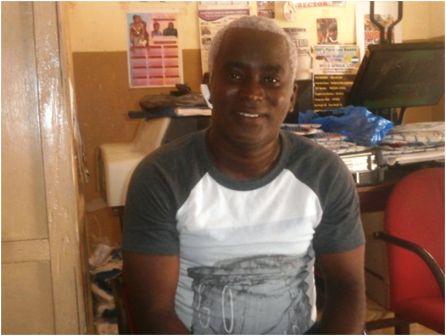 The RUF atrocities in retrospect: Can we...