The irate decision by the Mayor of Freetown City Council, Herbert George Williams, to have sales outlets belonging to thousands of traders in Freetown in ‘Operation Sweep Clean’ have not gone without leaving its ugly mark on the lives of the people, something most civil society activists have described as inconsiderate and inhumane. The indelible marks inflicted on the people as a result of weird operation has accounted for untold physical, emotional and psychological damage unimaginable on the hundreds of thousands of other dependants that survive and live on those small businesses the council has succeeded to dislodge.

In the process, Rev. Herbert George Williams and his thugs did not spare sacred places, Mosques and Churches alike were torn down, inconsiderate of fact that the said Mayor is himself a reverend. Schools have reopened and many of the parents who suffered in the hands of the Mayor and his thugs in the sweeping demolition exercise now have nowhere to source money for the payment of school fees. Complaints meeting the Press on the issue indicate that most of the demolished structures were built for the rainy season, courtesy of micro credit loans sourced from Micro Finance institutions that could not be paid now because of the destruction of the capital base.

Cries are abound about looting and forced confiscation of business items in shops and outlets by thugs that engaged in the rather ill motivated exercise that has robbed the people involved of not only their peace, but also livelihood in this crucial time of the rainy season amidst the difficulties of the global economic hardship. At some quarters, the activities of these thugs have been described as a direct threat to the security of those whose houses are been demolished everyday.

Human right activists are concerned about the seeming silence by the central government when such inhumane treatment is meted out on the poor and vulnerable in society. Among other things, the council has been lashed for undertaking such incredulous activities without providing alternative marketing venues for the people.

The present construction of the Sewa grounds market seems unending and those whose places were destroyed are now worried that they will never be replaced in due course. Even if they are replaced, some fear that the cost could be unaffordable by the ordinary man. 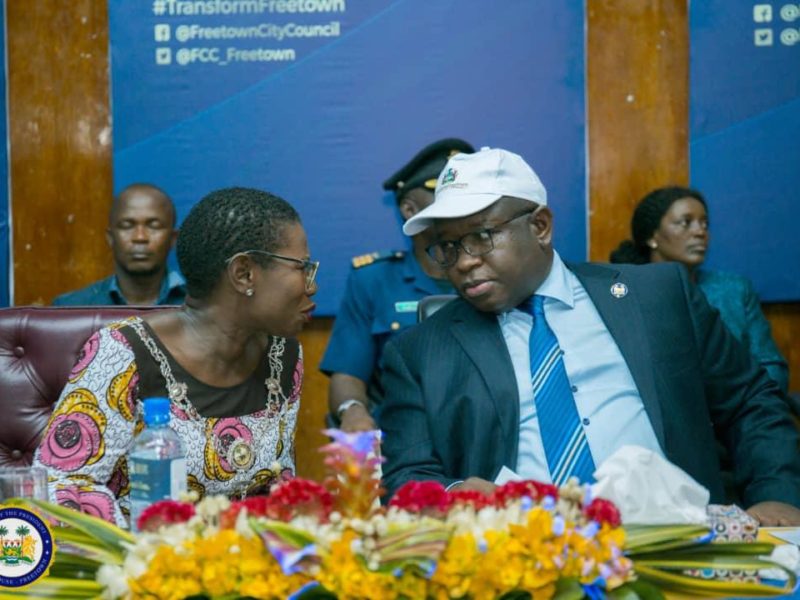