Homepages
Your trusted place for Sierra Leone and global news
Trending News
HomeFeaturedThe Fight Against Terrorism: Can We Learn From The EPL?

The Fight Against Terrorism: Can We Learn From The EPL?

The Fight Against Terrorism: Can We Learn From The EPL?

Terrorism has been one of the oldest favourite past times of some people from time immemorial. The UN used the following political description of terrorism, as “Criminal acts intended or calculated to provoke a state of terror in the general public, a group of persons or particular persons for political purposes are in any circumstance unjustifiable, whatever the considerations of a political, philosophical, ideological, racial, ethnic, religious or any other nature that may be invoked to justify them.”; Many see the term as relative; for one man’s terrorist is another’s freedom fighter. Until 2008, Nelson Mandela was on the US Terror Watch List. His name was only removed from the list in July 2008, as a present on his 90th birthday. Phew. And this was to allow him to visit the US; among other reasons. If our lord Jesus Christ was around today, preaching against the status quo, there are some who would not hesitate to brand him as one. Terrorism has become the scourge of our society, and it is everyone’s’ business, irrespective of creed, age, race or political persuasion.

When the US was attacked in one of the worst atrocities on its main land on 9/11, the world stood shoulder to shoulder with the country and its people. The ensuing wars against terrorism lead to the invasion of Afghanistan; which played host to Al Qaeda. Sadly, and as we have come to learn, Saddam Hussein, who at best was a sworn enemy of Bin Laden was also attacked in the name of the fight against terrorism. The rest is history. France is on the eve of an unprecedented path to a general election, and many have billed it as one of its kind. The death of a Police man and 2 injured this week in Paris has brought the issue of terrorism into sharp focus, against a backdrop  of immigration and terrorism being inextricably linked. Islamist militancy is a major issue in the polls after recent mass attacks claimed by IS, with 238 people killed in jihadist attacks in France since 2015, according to data from AFP news agency.

The other unspoken question is “Who is winning in the fight against terrorism”? Why would someone launch such an attack on the eve of a general election, when one of the candidates is riding high in the polls and on the coat tails of anti-immigration? There is no doubt that this was a calculated intent to exert maximum wedges into our communities. It stands to reason that these so called terrorists are bent on sowing seeds of distrust, anger and disintegration in our society. The ultimate aim of the terrorist is to sow fear and terror in the communities they attack. It is not surprising therefore that, the erroneously labelled Islamic State is just too readily happy to claim responsibility for every terror related attack under the sun. Without being dismissive, are all these terror agents linked to the Islamic State brigade of criminals? It has always been the notion that one of the main aims of these terrorists is “to change our way of life”? Are they succeeding?

Some will think that they are doing so to a very large extent. In airports today, we are all forced to disrobe, and rightly so for security reasons. Our communities are divided as ever, because of the evil seeds of distrust, suspicions, hatred and misconceptions that have been sown by them. It goes without saying that net spending on security has risen dramatically in respective countries’ GDPs. Their actions have led to an upsurge of many self-professed experts in terrorism. The list is countless. But should we as communities, take some responsibility for the kind of publicity and oxygen given to these people? A good place to start will be the media.

Psychiatrists will have you believe with good reason, that anyone embarking on such atrocious behaviour is bound to have some evidence of a psychotic illness, suicidal ideation or otherwise. They are generally considered emotionally unstable to carry out such nefarious acts. There is evidence that some suicidal people may harbour passive suicidal tendencies but lacked the courage to take their own life. Instead, they created situations whereby authorities were left with little option but to shoot and kill them. This was known as “suicide by cop”. Recently, we have been witnessing these people embarking on lone wolf attacks in what I would call “glorified suicide”.  In simple terms, though not simple, it looks like these people feel suicidal; but would prefer to go with the maximum publicity they can garner. This might not be the case for the majority, but they seem to pivot towards causing maximum disruption with their suicidal behaviour. The sad truth is that, our media coverage unintentionally serves their purpose with unintended consequences. With this in mind, is it time to re-calibrate the fight against terrorism, starting with the media? Is it time to learn something from the English Premier League?

In years gone by, the league was plagued with unwanted disruptions by “streakers”. These were people who attended football matches, with the sole aim to draw maximum publicity by running on to the pitches stark naked. It goes without saying that notwithstanding the disruptions they caused, they got their intended but unsavoury 5 minute publicity. This was done in the full glare of the world football public. The EPL decided to rid them of their oxygen; and it was decided that the television cameras should stop giving them the (publicity) oxygen they so badly craved. It is not surprising that these incidents have reduced dramatically after TV cameras stopped training their lenses on them. Reverse psychology some will say. The question is, can this approach be applied to how we report on terrorist attacks? There are some people who may think that at times, these people get free and undeserved publicity. Is the media unintentionally doing their bidding, in the interest of public interest? Should the media reports on such incidents be tempered with the need to know basis or less exuberance?

There is no question that if the EPL method were to be applied here, there is bound to be some results. But where would such an approach sit would with the public’s right to know and to be sufficiently informed? In this age of social media where all it takes is a smart phone and 2 clicks to be a reporter, would the authorities and mainstream media be able to curb our apparently insatiable thirst for the sensational?  In this age of “you tubers”  “Whatsappists”, and “facebookologists”, what chance is there to ensure that the incidents are proportionally reported on, without the apparent urge to sensationalise? There is no doubt that these recurrent attacks are unconsciously generating a sense of our acquired capability of desensitization to atrocities. Every report of terrorist attack is bound to desensitize our emotions. If this wild suggestion is something to go by, how do we reconcile the need for the public to be informed with security concerns? Would the public be ready to accept that some information and the level of publicity that such atrocities attract will need to be curbed? Would this be seen by the liberalists as another form of press censoring? If so, will that be too much to ask, in the interest of public security, safety and fight against terrorism? Perhaps, it’s time to take a leaf out of the EPL manual; in our bid to tackle terrorism. The press may consider not referring to them as “Islamic state”, for they are neither Islamic, nor a state. If they are Islamic, how come these same people bomb down mosques and followers of similar religion?

In the meantime, the public need to stay focussed and resilient. The public would need to make collective sacrifices in the interest of our safety, for terrorism knows no bounds. There are those who are convinced that the kind of terrorism we witness now is grounded in Islam. It is not, full stop. There is no doubt that they have used Islam as a cover to promote their evil acts. The majority of Muslims are peace loving. The greatest prize for these people will be to see us turn against each other. This is a fight for all and not just the few. Vigilance and resilience come to mind here. 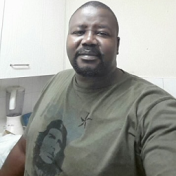